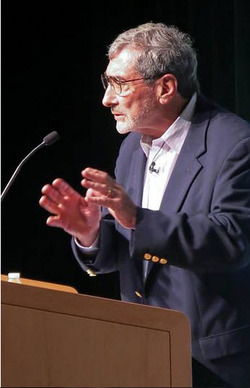 9/13/2017. Kansas City Public Library, Lecture & Book Signing.
Lincoln and the AbolitionistsFred Kaplan
Hail to the Chiefs
Wednesday, September 13, 2017
Program:
6:30 pm
Plaza Branch
RSVP Now
Abraham Lincoln sealed the legacy of his presidency on January 1, 1963, signing the Emancipation Proclamation. But was he the transcendent champion of African-American freedom that history books now depict? Author Fred Kaplan tempers that image. In a discussion of his new book Lincoln and the Abolitionists: John Quincy Adams, Slavery, and the Civil War, he casts Lincoln as an “antislavery moralist” – repulsed by human bondage but generally more talk than action – as opposed to “antislavery activists” such as Adams. Lincoln, for example, favored colonization in Africa for slaves and men, women, and children who'd been freed. He did not believe the U.S. could survive with multiple races. Adams aligned with abolitionists and foresaw a multiracial, multicultural American society. Kaplan previously spoke at the Library in 2014 about his biography of Adams.