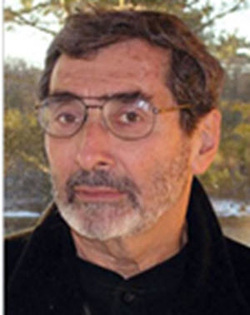 Each March, in its anniversary issue, TBC [The Biographer's Craft] selects a single biographer whose work has either advanced or contributed greatly to the craft during the previous year. This is not an award; rather it's an editorial decision intended to highlight a particular individual's work.

On a winter day in 1918, on the Lower East Side of New York City, teacher Hattie M. Strelitz selected an earnest young schoolboy for the "Proficiency and Excellent Class Spirit" award. The prize was a copy of The Perfect Tribute, an account of how Abraham Lincoln wrote the Gettysburg Address.

A generation later Isaac Kaplan passed the prize book on to his son Fred. Despite its mythologizing approach to its subject, the book sparked such an interest in Lincoln as a writer that ninety years after that winter's day awards ceremony Fred Kaplan has published Lincoln: The Biography of a Writer (HarperCollins). In the sea of books honoring the bicentennial of the birth of the sixteenth president, Kaplan's is one of the freshest and most original.
More than 10,000 books have been written about Abraham Lincoln, some sixty of them published in the past few months alone, estimates James Swanson, who has written his share of Lincoln books. As with other popular historical figures, such as Theodore Roosevelt, finding a distinctive new perspective from which to examine the man is near impossible for a biographer. Kaplan succeeded, and his novel approach offers an example for others.
A distinguished professor emeritus of English at Queens College and the Graduate Center of the City University of New York, Kaplan is the author of many previous biographies, including The Singular Mark Twain; Gore Vidal; Henry James: The Imagination of Genius; Charles Dickens; and Thomas Carlyle, which was a finalist for the National Book Critics Circle Award and the Pulitzer Prize.

After years as a professional student of Lincoln, inspired by his childhood admiration, Kaplan believed that "no one else had seen the origins, growth, and flowering of Lincoln's literary sensibility and genius with language as the key to the total man." While writing his biography of Twain, he was seized by an inspiring idea. "Just as Howells has called Twain the Lincoln of our literature," Kaplan told TBC, "I could envision Lincoln as the Twain of our politics."
Certainly Kaplan is not the first to examine Lincoln's writings. As Washington Post critic Jonathan Yardley observed, "To be sure, many others before Kaplan have dealt in various ways with Lincoln's love of literature and writing." In fact, entire books have been devoted to a single speech by the president. Nor does Kaplan uncover anything we did not know before; instead all his material is drawn from readily available books. But his single-focused chronicle of the man as a writer provides an engaging new portrait. In short, in Yardley's words, "no one has explored the subject so deeply or found so much meaning in it."

A secondary story also emerges in his book. It is one with which biographers can easily identify--the love of language. When you think of it, in biography we use words to recreate a life; in a way, to bring our subject back to life. In Lincoln: The Biography of a Writer both the author and his subject display a passion for words. The marriage between the two makes for compelling reading.      In an age before twittering, language held a primacy in life that today seems quaint to many. "Language mattered because it was useful for practical communication and for learning and because it could shape and direct people's feelings and thoughts in a culture in which spoken or written words had no rival," Kaplan writes.

"In Lincoln's case it also mattered immensely because it was the tool by which he explored and defined himself. The tool, the toolmaker, and the tool user became inseparably one. He became what his language made him."